Cognitive Biases – Do we know what we know? 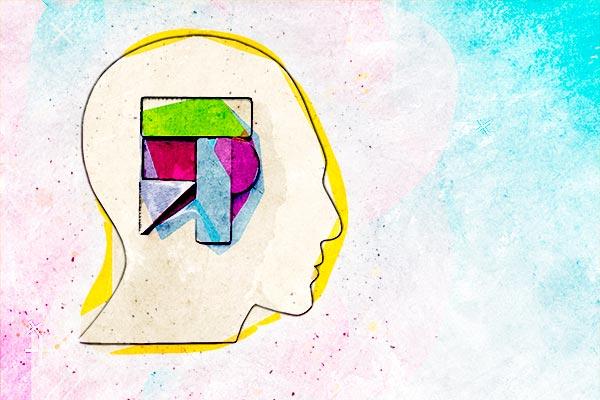 Are our assessments fair?

According to the HB (heuristics and biases [Heurística e Viés]) behavioural theory model, cognitive biases make our judgements irrational. We have evolved to use shortcuts in our thinking, which are often helpful, but a cognitive bias means that there is a kind of deviation in judgement that causes us to lose objectivity. Listed below are some of the most common biases and how to avoid falling victim to them.

The first thing you judge inﬂuences your judgement of everything that follows. Human minds are associative in nature, so the order in which we receive information helps determine the course of our judgements and perceptions. Be especially aware of this bias during negotiations.

It favours things that conﬁrm our existing beliefs. We are prepared to see and agree with ideas that confirm our preconceptions, and to ignore and discard information that conflicts with them.

When your core beliefs are challenged, this can lead you to believe even more strongly. We may feel that some ideas are wrong as an attack on ourselves, or our tribal identity. This can lead to motivated reasoning that leads us to double down, despite contradicting the evidence.

You remember the past as better than it was, and expect the future to be worse than it probably will be. Despite living in the most peaceful and prosperous period in history, many people believe things are getting worse. Use metrics such as life expectancy, levels of crime and violence, and prosperity statistics.

Your preference for a just world makes us assume it exists. A world where people don’t always get what they deserve is an uncomfortable world that threatens our preferred narrative. Try to remember that we are all fallible, and that bad things happen to good people.

You cling irrationally to things that have already cost you something. When we invest our time, money, or emotion in something, it hurts to let it go. Ask yourself: if I hadn’t already invested something, would I still be doing it now?

The more you know, the less confident you are likely to be. Because experts know how much they don’t know, they tend to underestimate their ability; but it’s easy to be overconfident when you only have a simple idea of how things are.

You see specific personal information in vague statements by filling in blanks. Psychics, astrologers and others use this bias to make it seem like they are telling you something relevant. Consider how things can be interpreted to apply to anyone, not just you.

It allows us to be unduly inﬂuenced by context. Only when we have the intellectual humility to accept the fact that we can be manipulated, can we hope to limit how much we are. Try to be aware of how things are being put to you.

You judge others by their character, but yourself by your situation. It is not only kind to view the situation of others with charity, it is also more objective. Keep in mind that you also err on the side of taking personal responsibility rather than justifying and blaming.

If you believe you are taking medicine, sometimes it can ‘work’ even if it is false. The placebo effect can work for things our mind inﬂuences (like pain) but not so much for things like viruses or broken bones. Maintain a healthy balance of body and bank account by using evidence-based medicines from a qualified doctor.

How much you like someone, or how attractive they are, inﬂuences your other judgements about that person. If you notice that you are systematically giving high or low marks across the board, it is worth considering that your judgement may be suffering from this bias.

You presume someone else is going to do something in an emergency situation. When something terrible is happening in a public setting we can experience a kind of shock and mental paralysis. Presume to be the one who will help.

Your judgments are influenced by what springs most easily to mind. How recent, emotionally powerful, or unusual your memories are can make them seem more relevant. This, in turn, can cause you to apply them too readily. Try to gain di erent perspectives and source statistical information.

If a conclusion supports your existing beliefs, you’ll rationalize anything that supports it. It’s di cult for us to set aside our existing beliefs to consider the true merits of an argument. In practice this means that our ideas become impervious to criticism, and are perpetually reinforced.

You let the social dynamics of a group situation override the best outcomes. Dissent can be uncomfortable and dangerous to one’s social standing, and so often the most confident or first voice will determine group decisions.

You overestimate the likelihood of positive outcomes. There can be benefits to a positive attitude, but it’s unwise to allow this to a ect our ability to be realistic. If you make rational judgments you’ll have a lot more to feel positive about.

You’d rather do the opposite of what someone is trying to make you do. When we feel our liberty is being constrained, our inclination is to resist, however in doing so we can over-compensate. Wisdom springs from reflection, folly from reaction.

Once you understand something you presume it to be obvious to everyone. When teaching someone something new, go slow and explain like they’re ten years old (without being patronizing). Repeat key points and facilitate active practice to help embed knowledge.

You believe your failures are due to external factors, yet you’re personally responsible for your successes. Many of us enjoy unearned privileges, luck and advantages that others do not. It’s easy to tell ourselves that we deserve these things, whilst blaming circumstance when things don’t go our way.

You allow negative things to disproportionately influence your thinking. The pain of loss and hurt are felt more keenly and persistently than the fleeting gratification of pleasant things. We are primed for survival, and our aversion to pain can distort our judgment for a modern world.

You overestimate the likelihood of negative outcomes. Pessimism is often a defense mechanism against disappointment. Perhaps the worst aspect of pessimism is that even if something good happens, you’ll probably feel pessmistic about it anyway.

You overestimate how much people notice how you look and act. Instead of worrying about how you’re being judged, consider how you make others feel. They’ll remember this much more, and you’ll make the world a better place.

Help people become aware of their prejudices in general by sharing the website yourbias.is, from which this article was inspired.
There is another line of thought, focusing on another perspective based on something that could be called “qualified intuition” and which is called NDM (Naturallistic Decision Making) or Naturalistic Decision Making, whose position is usually considered opposed to that of HB (although there are points of conflict). These are the two main lines in the field of current behavioural theory whose applications and studies have immense impact in several other areas such as design, medicine, economics, sociology, politics and many others. 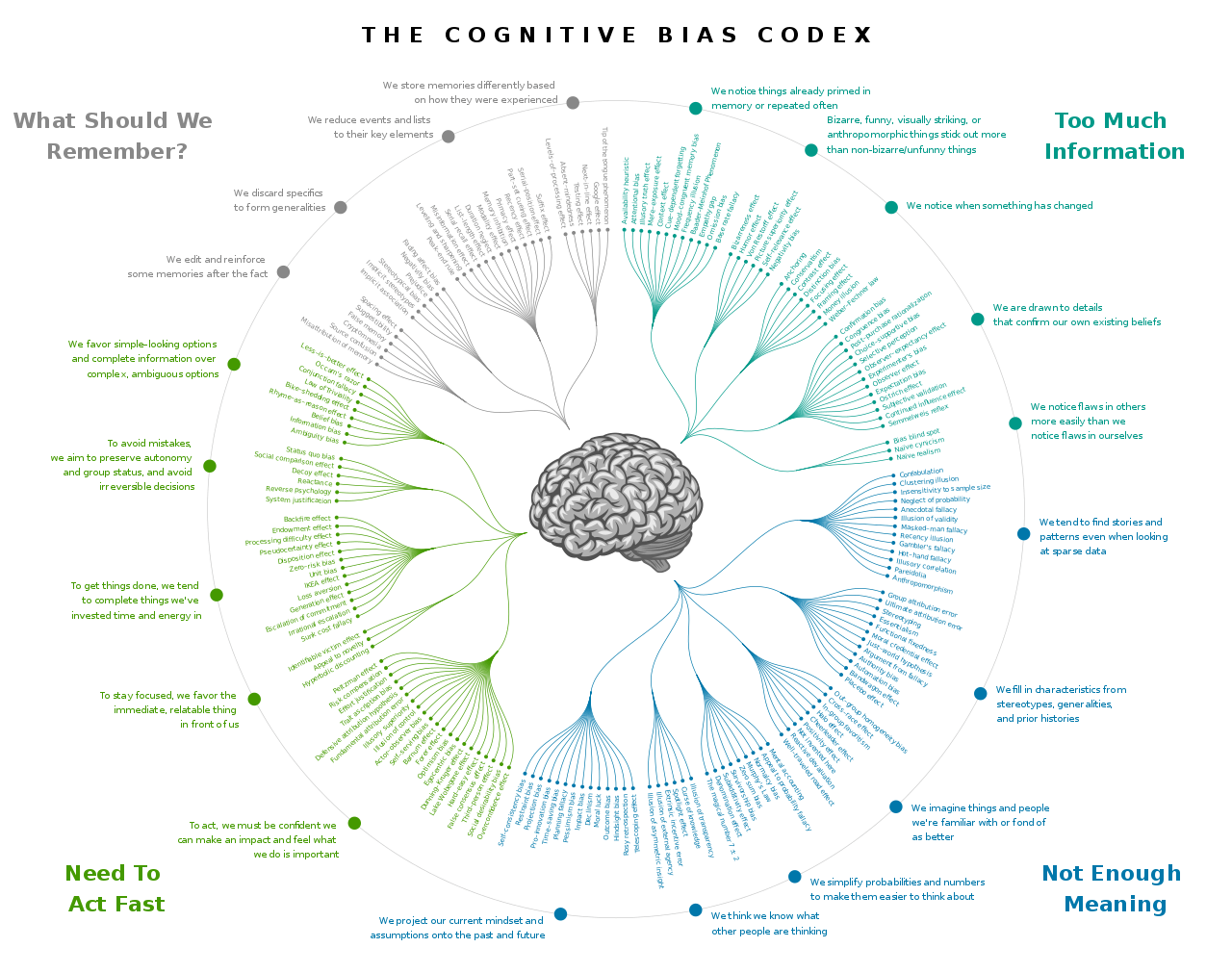 We want to show you how we can be an asset to your project by giving relevant tips and adapting to your needs.
We stand for authenticity and only suggest what is most valuable to you. By eliminating complexity and shortening delivery timings, we make everything easier on your side. On our side, we always go hand in hand with design thinking, good proportion rules, the latest color principles and theories, best practices in building grids and layouts, user experience, leads, and so on. 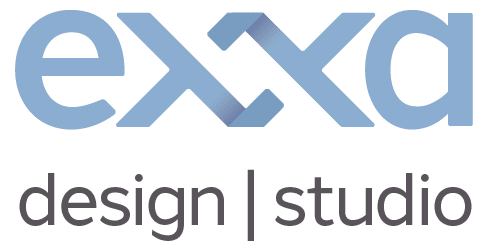 Hi 👋 Can we help?
Uma conversa rápida? A quick chat?